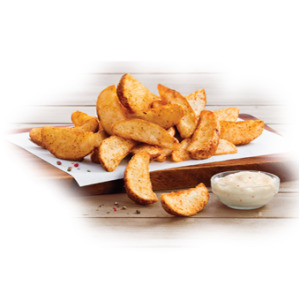 The new wedges available in two sizes – a regular size for $4 and a large size for $6, both served with a dip.

It’s available for a limited time only at KFC. To take advantage of this deal and to locate your closest KFC store in New Zealand, click here. And if you’ve tried the new wedges, let us know in the comments!